Employment Law on Breaks – The Definitive Guide For Employers

The legislation that governs Employment Law on breaks can be confusing. Not everyone has a complete understanding of the rights afforded to workers and the responsibilities assumed by employers. In fact, both employees and employers often struggle to answer relatively simple questions on the subject.
Should your employees receive an hour-long lunch break by law? How long do workers need to work before they’re entitled to a break? Are workers entitled to smoking breaks? Do the same rules apply to every type of worker?
Here, we take a look at the law on breaks at work and attempt to condense all the information you as an employer will need into a handy guide.

The main legal requirements concerning rest breaks and rest periods are found in the Working Time Regulations (1998). They detail the various different types of breaks and describe when they should be taken and for how long. How long do employees work before they are entitled to a break?

In this guide, we’ll primarily focus on Employment Law on breaks and specifically daily rest breaks, as they’re easily the most complex and least understood aspect of the regulations. It’s also important to know that you as an employer are under no obligation to pay an employee for these breaks.

There are a number of exceptions to the rest break rules for your employees, many of which apply to younger workers or employees who are carrying out certain types of work. They include;

Compensatory rest is generally available to employees in the following circumstances;

However, compensatory rest breaks are complex and there are many grey areas. For instance, the Employment Tribunal (ET) and Employment Appeal Tribunal (EAT) recently made contradictory rulings on the same case.

Mr Crawford worked for Network Rail as a signaller. Typically, six trains would pass his signal box every hour, preventing him from taking an uninterrupted 20-minute break on his eight-hour shift. However, Network Rail allowed him to take shorter breaks during his shift, when he was not needed in the signal box. These shorter breaks amounted to more than 20 minutes.
Mr Crawford argued that Network Rail was in breach of the WTR because they neither gave him his standard rest break nor an equivalent amount of uninterrupted, compensatory rest.
Originally, the ET ruled in Network Rail’s favour. However, Mr Crawford successfully appealed to the EAT, who ruled that compensatory rest must, where possible, amount to a single, uninterrupted break of 20 minutes.
In March 2019, the matter was put to the Court of Appeals. Lord Justice Underhill overturned the EAT decision, arguing that the purpose of compensatory rest was that the worker is afforded a rest that has

“the same value in terms of contributing to his or her well-being.”

Continuing, he suggested that he saw no reason why

“a single uninterrupted break of 20 minutes will always be better than, say, two uninterrupted breaks of 15 minutes one-third and two-thirds through the shift.” [efn_note]https://www.personneltoday.com/hr/working-time-rest-breaks-need-not-be-continuous/ [/efn_note]

Besides demonstrating how complex employment law on breaks can be, this ruling should give employers greater flexibility when it comes to shift rotas and rest break management.

Employment Law on Breaks and Contracts of Employment

In some cases, additional breaks for your employees will be included in the terms of the employment contract. Generally, the duration and timing of these breaks will be set out in the contract and an employer may even decide to pay the employee during these rest breaks.
Many employers do offer their workers an extended lunch break and a shorter morning or afternoon break as well. There has been a great deal of research conducted into the effect of regular breaks on productivity, with nearly every report arguing that more frequent breaks make for a happier and more productive workforce.
Though we commonly think of breaks as distracting from employees’ workloads, regular stops are likely to improve their performance and keep them focused in the long run.

What Do Your Employees Have To Do To Take Their Break? 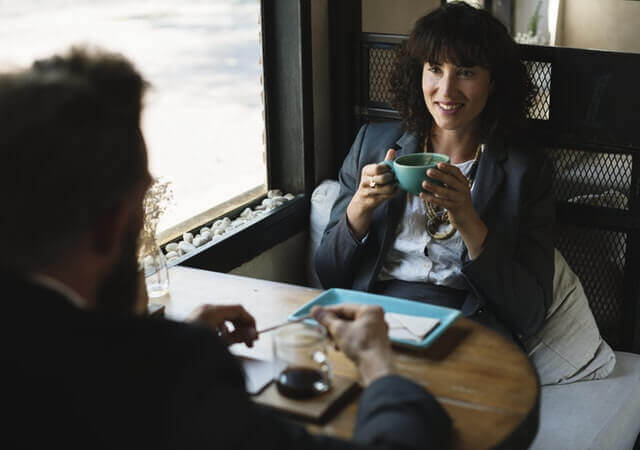 Whether or not employees have to request their mandated 20-minutes rest break in order to take it, is currently a topic of hot discussion.
A 2016 EAT case highlighted this particular issue. It involved an employee who worked an 8.5-hour shift and whose employer reorganised his hours so that he took his 30-minute lunch break at the end of this shift. This meant that he worked for 8 hours, had a 30-minute “break” at the end of his shift, and then went home – if he hadn’t already.
While the ET originally ruled that this was perfectly legal, the EAT overruled this decision. Instead, they found that employers are still breaking the law by making work arrangements like those mentioned above.
Rather than there only being a breach of the regulations if an employer refuses a legitimate break request, the EAT ruled that a failure to facilitate breaks by making work arrangements that don’t allow for them is also a breach.

Though they’re a fairly common occurrence, smoking breaks can be a source of tension between non-smokers and smokers, result in decreased productivity, and interrupt workflow. Consequently, it’s a good idea to take the issue seriously, and understand the legalities of Employment Law on breaks.
Legally, your employees have no right to additional smoking breaks. While they can do whatever they like – including smoking – in their rest breaks, there is no legislation that grants smokers the right to take extra smoking breaks. While this may be an unpopular stance to adopt, it might be necessary to avoid confrontation in the workplace.
After all, why should smokers receive more breaks than non-smokers?
If you wish to handle the issue properly, it might be best to draw up a smoking policy. At the very least, this will detail;

Though there is no mention of e-cigarettes in legislation either, it’s probably a good idea to set the same ground rules for vapers as smokers. Vapes can be disruptive in the workplace and permitting their use inside the office is likely to cause further splits, divisions, and tensions.

In some industries, it is compulsory for employees to take breaks on a regular basis. The most obvious example of this type of compulsory break is for Heavy Goods Vehicles (HGV) drivers.
Driving large and powerful vehicles for long periods of time is likely to prove dangerous to the driver and other road users. Consequently, the EU has legislated a certain amount of compulsory break time, reducing the scope for tiredness-related incidents and making the roads safer for everyone.

With HGV drivers, there are a number of important rules to follow. They include:

It is worth noting that all of these rules are based on EU legislation. While the UK government is pursuing a policy of alignment with EU standards in most cases, they may change upon Britain leaving the EU.
In the UK, all HGV drivers are monitored by a tachograph, which provides accurate details of speed, distance travelled, break times, and driving times. This prevents employers pressuring their drivers into working without the necessary breaks and ensures employees don’t ignore their mandated break times.

As with smoking, there is no legislation pertaining to an individual’s right to take religious breaks. This means that your employees have no legal right to a religious break and will need to take up the issue with a manager or the relevant authority. You may decide to make it a contractual agreement, by which the right to religious breaks is inserted into their employment contract, or you may decide to come to a general agreement about how the process works.
However, religion is one of the protected characteristics detailed in the Equality Act 2010. This means that if you do reject a request for religious breaks by an employee, you have to ensure that you’re not treating them less favourably than someone not of that religion.
As with most things, common sense, compassion, and an understanding attitude play a big role in deciding what you should do about religious breaks. If the request is reasonable and doesn’t distract too much from work, it should either be granted or an agreement arrived at. It may be possible to take time off a lunch break, so that the religious break can be accommodated. Your employee may be willing to make up the time in other ways.

As you can see, the law surrounding employee breaks is relatively simple for the average worker but becomes increasingly complex as you factor in the various exceptions and additional considerations. This means that employers and employees need to be sure that they understand their rights and responsibilities and are doing what’s legally right.
Recent legal decisions suggest that you as an employer have to be increasingly careful about how you organise rest breaks and that you should be ensuring and insisting your employees take the required rest breaks.
Not only would it be disadvantageous to fall foul of the law, but a happy, well-rested workforce is a better performing workforce that’s far less likely to cause an accident, commit an error, or do something dangerous. For everyone involved, it’s best to offer employees the rest breaks they need.

Questions about employment law on breaks? Speak to our expert team on 03333215005 or send us an email

Health and Safety Guide to Working Outside this Winter

Driving for Work in Winter